About an hour north of Oji on route 33 the road descends upon the far southwest corner of the San Joaquin Valley. Here, nestled up against the Carrizo Plain and the coastal mountain range is one of the most intense oil-producing regions in California. As far as the eye can see, endless oil pumps move rhythmically in the late afternoon haze.

The title of this painting, McKittrick, is a small frontier oasis for the oil workers that is just down the road from this oil field. 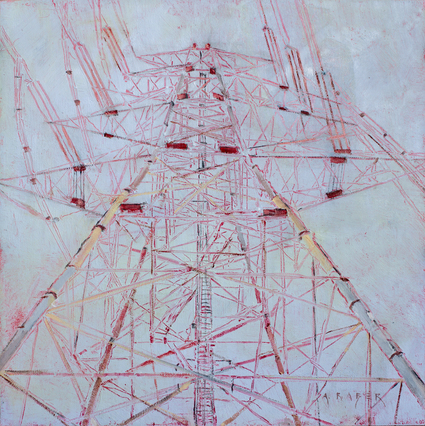 At the base of this tower there is a signh that reads "Danger, High Voltage" 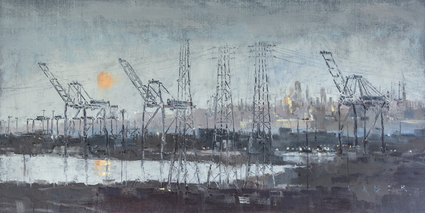 It is a pouty Winter afternoon in Southern California as the San Pedro cargo ship cranes keeps the sky full of activity. 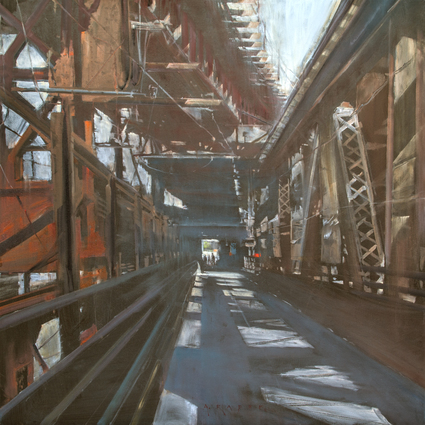 Into the Light II

New York, the city of steel. Girders and tresses, stacked over time as the needs of the city grew. Above it all, the light penetrates down into the depths, leaving an interesting play on light and shadow. 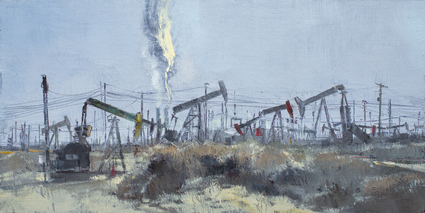 A material yard in Irvine's industrial area is all aglow in the twilight of an Autumn evening. 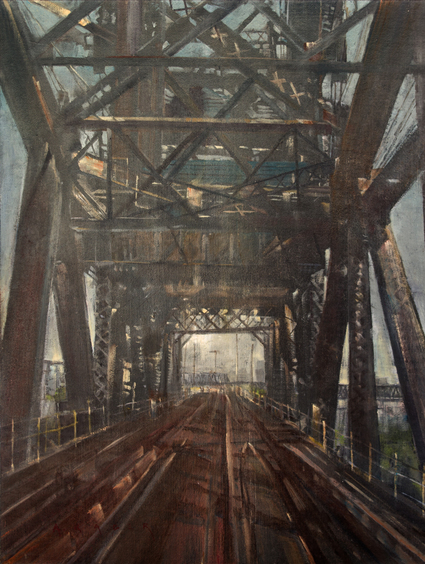 Whenever I go to New York I am fascinated by her bridges, both large and small. Here, a ways out from the city, on a cloudy summer afternoon is one of the many rail bridges across the Hackensack River in New Jersey.


Crossing II was selected by California Art Club to be in their 106th Gold Medal Exhibition.

Birdbath depicts the western part of California's San Joaquin Valley known as "Cotton Country." Here, amidst a power distribution grid so vital to the valley's irrigation network, a flock of birds bathe in a puddle of water overflowing from a clogged irrigation ditch.

Birdbath was purchased by the Festival of Arts for their permanent collection. 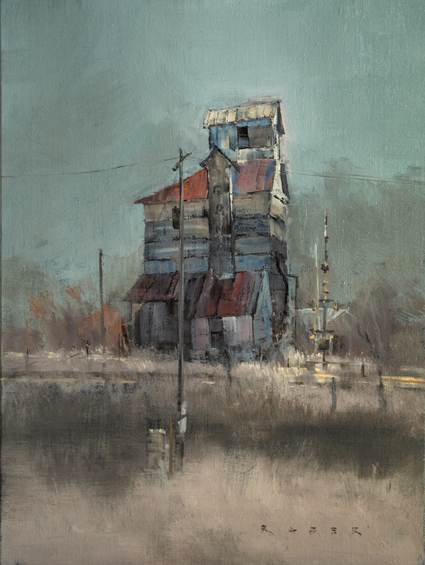